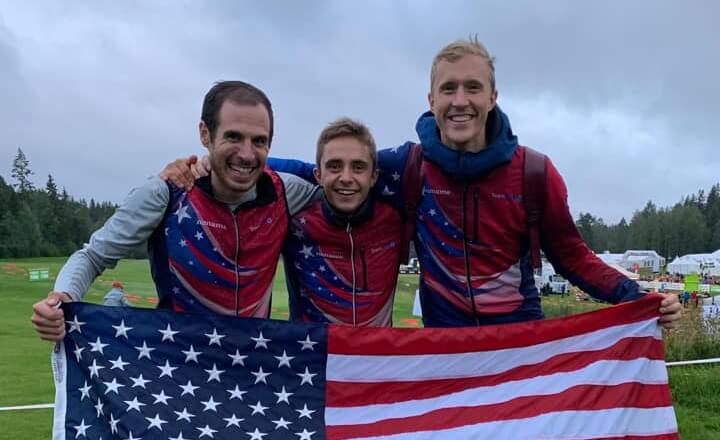 The annual OUSA Competitive Awards are given to top American orienteers in several categories for outstanding competitive performance over the course of the past year. The Awards Committee members are Susan Grandjean, Boris Granovskiy, Linda Kohn, Jeff Saeger, and Ken Walker Sr.

This is the tenth year for these awards, and the fifth year that Orienteering USA members had the opportunity to vote for the candidates. The committee thanks all those who submitted nominations and who took the time to vote for your top OUSA athletes. We had a near-record number of votes cast this year! The vote totals were used as the main component in final award selection.

The Orienteer, Junior, and Comet of the Year award winners each receive a $500 travel grant to help them continue to improve their skills. Additionally, the Honorable Mentions in the three individual categories will receive $100 travel grants.

The Awards Committee would like to thank two anonymous donors for their generous contributions to the travel grants.

Here are the 2019 winners and recipients of honorable mentions (HM). Congratulations to all the winners!

Orienteer of the Year

Awarded to the best U.S. orienteer in 2019, based on results at national and international events

Anton had an outstanding WOC for Team USA. His 37th place in the middle distance final is the best-ever U.S. men’s middle result at WOC. He also ran an excellent second leg for the men’s relay team that finished 20th — the men’s best relay result at WOC since 1991.

The ageless Sharon continued her string of top international and national results across a multitude of orienteering disciplines. Among her 2019 highlights were double gold medals in F75+ at the World Masters Championships in Ski Orienteering and a gold medal in the Women’s Ultra Veteran category at the World Rogaining Championships with her Australian teammate. In Foot-O, Sharon won all F75+ races in the U.S. Masters Championships, the U.S. SML Nationals and the annual West Point Meet. She is ranked in the top 5% of all brown course runners.

Junior Orienteer of the Year

Awarded to the best U.S. orienteer in 2019 under the age of 21, based on results at national and international events.

Julia was the top U.S. female in the Sprint (62nd) and Middle (52nd in the A final) distances at JWOC and took a step up to F21 towards the end of the season, earning a gold and two silver medals at the U.S. Nationals. She is ranked third in F21.

AJ peaked towards the end of the season, with a string of top results in the fall. The highlight was his weekend of forest races at the U.S. Nationals in California, where he became the U.S. champion in the long distance in M21 and won a silver medal in the middle distance. This helped him to rise to fifth in the U.S. rankings in M21 as an 18-year-old.

Thomas won the long and sprint distance races at the JWOC selection races and followed that up with a strong JWOC. In Denmark, he qualified for the Middle distance A-final and finished 52nd in the final, following up on a strong 57th place in the Sprint final.

Comet of the Year

Awarded to the U.S. orienteer who has made the most progress in their orienteering results during the 2019 season.

Joe Barrett returned to competitive orienteering after a multi-year hiatus for college in Oklahoma and immediately made an impact on the national scene, with a bronze medal at the M21 U.S. Long Distance Championships as the highlight, in addition to multiple podium finishes at National Ranking Events. He is currently ranked eighth in the U.S. in M21 after being unranked in 2018.

Bridget convincingly made her first JWOC team in 2019, after finishing second and third in the JWOC selection races. She qualified for the middle distance B-final at JWOC, was the top F-20 competitor at several National Ranking Events, and finished the year ranked second in F-20 with a ranking of 81.1, a climb from sixth place and 74.7 in 2018.

Team of the Year

Awarded for the best team competitive performance during the 2019 season.

The team, consisting of Morten Jørgensen, Anton Salmenkylä, and Greg Ahlswede, finished 20th of 36 nations, which was the best U.S. men’s relay result at WOC since 1991, when considerably fewer nations participated.